Having served his time as an assistant for fashion, food and portrait photographers in the 80’s, Tim’s first commission was covering an expedition to climb Mt Elbrus in Russia with The Guardian. He went on to cover many stories all over the world for the likes of Traveller, The Independent, The Times, The Telegraph Magazine, ES, GQ, among others before settling in his studio in London where he worked mainly for advertising and design agencies.
Shortly after he returned to London he began working on a personal art project photographing hands. He set out to capture telling and beautiful portraits of people whose hands had helped them to create, to labour, ocassionally to achieve greatness, but more importantly to help shape the world we live in.

‘Personal art projects can have a tendency to be somewhat esoteric at the best of times, and I was a little concerned initially that my obsession with hands might be a little obscure. However over the years I have had such an overwhelmingly positive reaction from anyone who has seen the images that it has encouraged me to continue to shoot as many I can.’

He now lives in deepest Dorset with his wife and two boys. 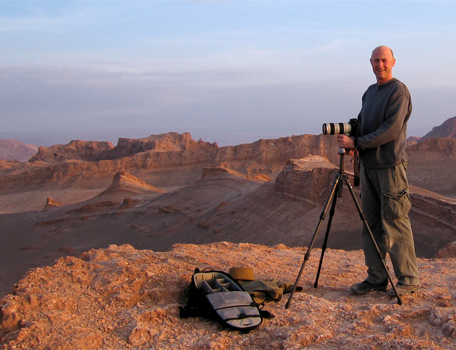