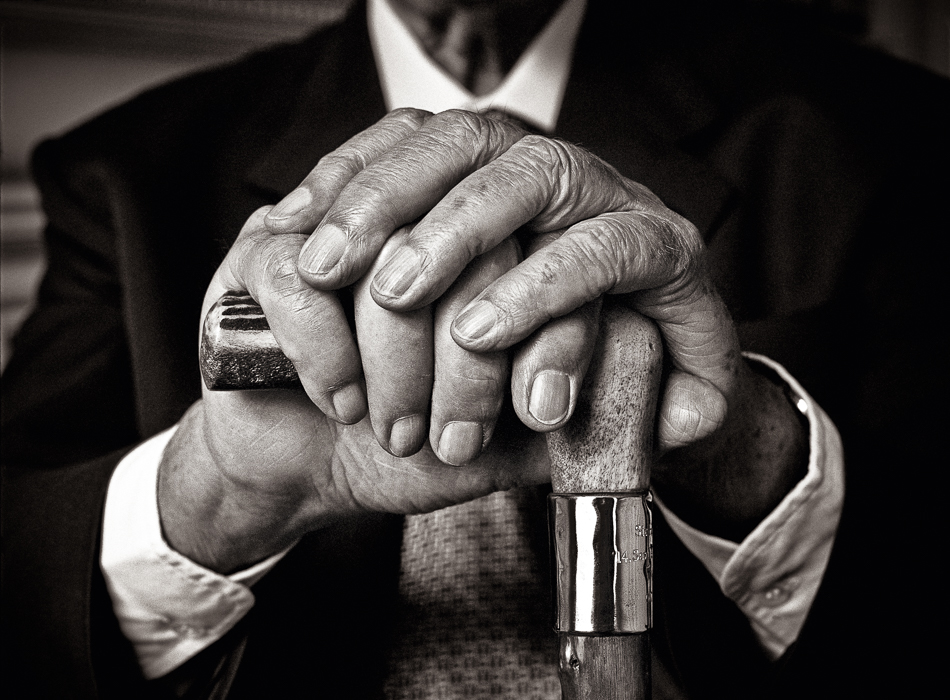 Sir Hardy Amies in his offices at 14 Savile Row. Sir Hardy founded his business in 1946, and from 1951 was dressmaker to H.H. The Queen – making clothes for all the Queen’s overseas tours, including over 64 State visits. He was a consultant to 55 manufacturers in Europe, the U.S.A., Canada, Australia, New Zealand, Korea and Taiwan. He wrote four books, was in the Intelligence Corps during the Second World War, received the RDI and was a fellow of the Royal Society of Arts. His most memorable quote was fittingly “A man should look as if he has bought his clothes with intelligence, put them on with care and then forgotten all about them.”