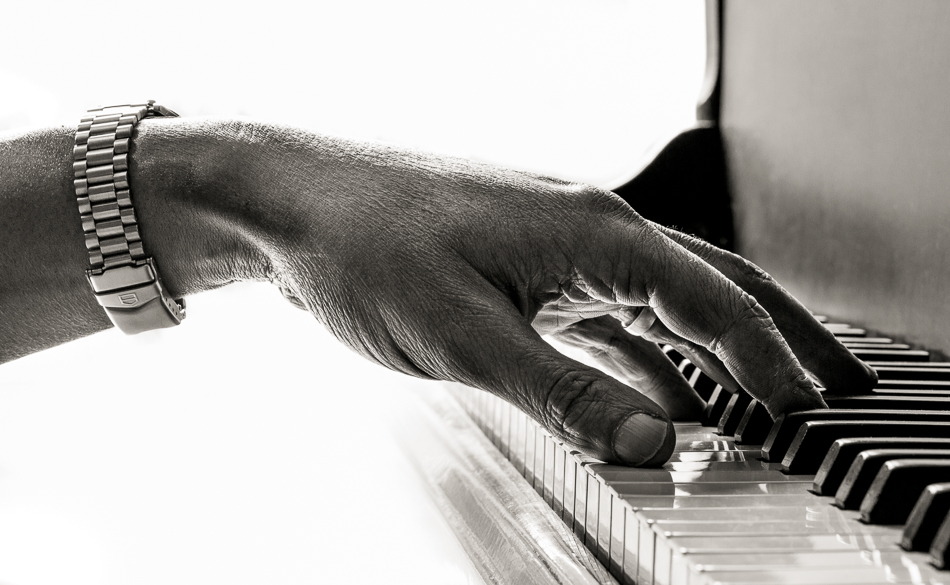 In his studio at home. Mike has been playing keyboards for fifty-one years. He grew up in a house filled with music and his first composition was at the age of three, inspired by the Thunderbirds theme tune with his own nonsense lyrics. He began writing music properly at school as a way of processing the things going on around him. Much as others may write a diary, Mike made music. “When you improvise you’re responding to the environment around you, your conscious brain is no longer in charge, allowing your hands to take over and explore the path less travelled.” With a staggering 30 million albums sold worldwide, Mike continues to write and play prolifically as a solo artist, with Level 42 and with the Dominic Miller Band.