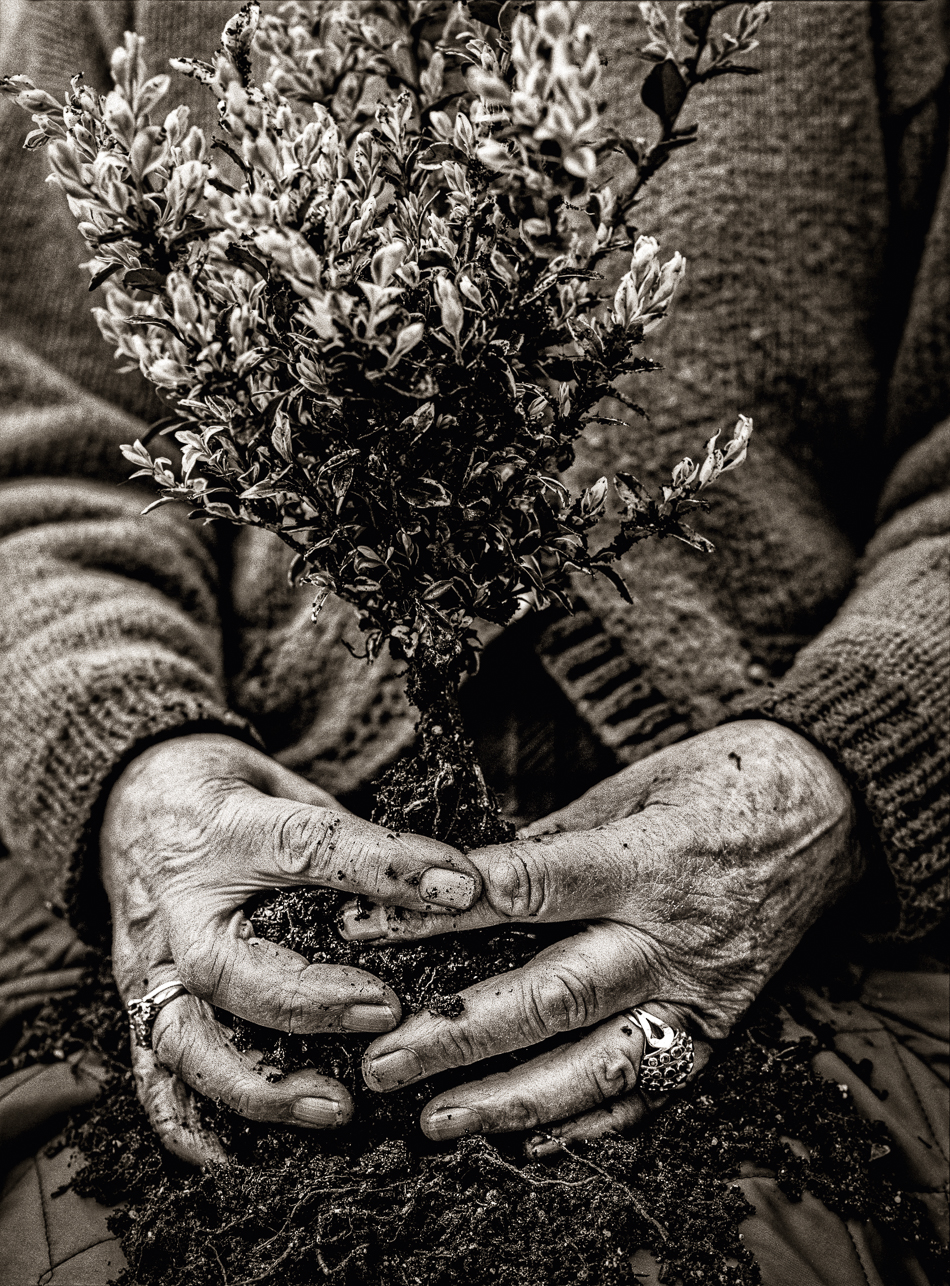 Rosemary Verey in her garden at Barnsley House in Gloucestershire. Rosemary designed and dug her first border when she was ten, edging it with stones and filling it with nasturtiums and marigolds. She gardened at Barnsley House for sixty years and enjoyed creating gardens on both sides of the Atlantic. She found and propagated the pale pink shrub mallow, named Lavatera Barnsley, which can now be found all over the world. She wrote and edited sixteen books on gardening, all written in long hand with a fountain pen and was the presenter of the BBC2 series ‘The English Country Garden’. As well as the world famous garden she created at Barnsley, she also had such esteemed clients as the Prince of Wales, Sir Elton John and the New York Botanical Garden. She was awarded the OBE in 1996 and in 1999 the Royal Horticultural Society awarded her the highest accolade it can bestow, the Victory Medal of Honour. Keen on structure in-filled with exuberant planting, she said,

“Most ideas are recreations inspired from the past using new and more varied plants.”