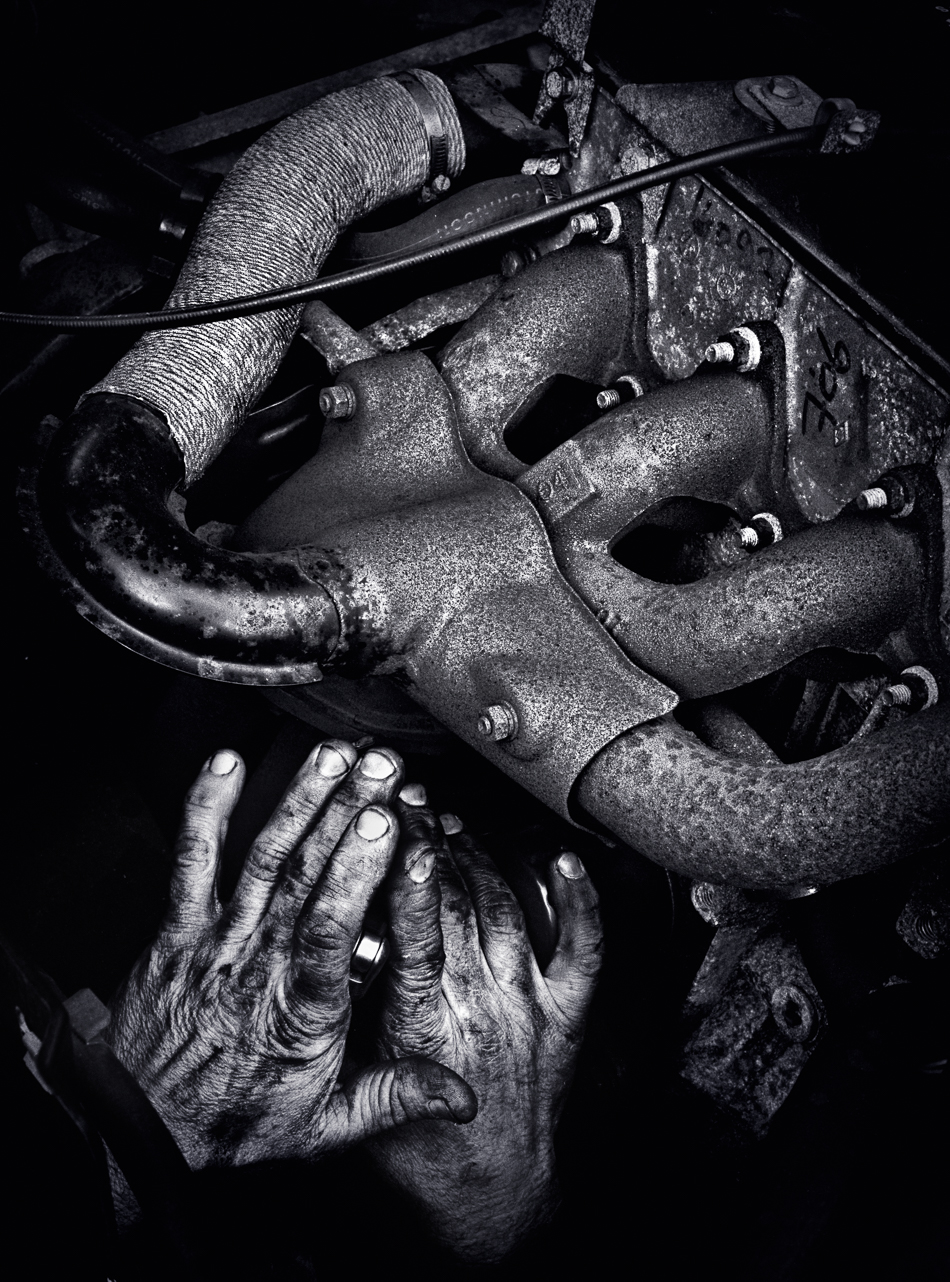 Frank Suarez under a car in his garage in South London. Frank has been fixing cars for fifty years. Born in Tenerife he moved to England to work for Renault and set up his own garage in 1977. In his time he has tinkered, cajoled, tweaked and occasionally hammered over 37,000 cars back to life. His hands are extensions to the tools of his trade, whilst a wrench may be tough and lifeless, his fingers need to feel the very slightest of movements, and are in essence how he talks to the cars he is working on. Despite taking a considerable battering his hands have survived relatively unscathed, though he says they’re so ingrained with oil it takes him a week to get them completely clean.