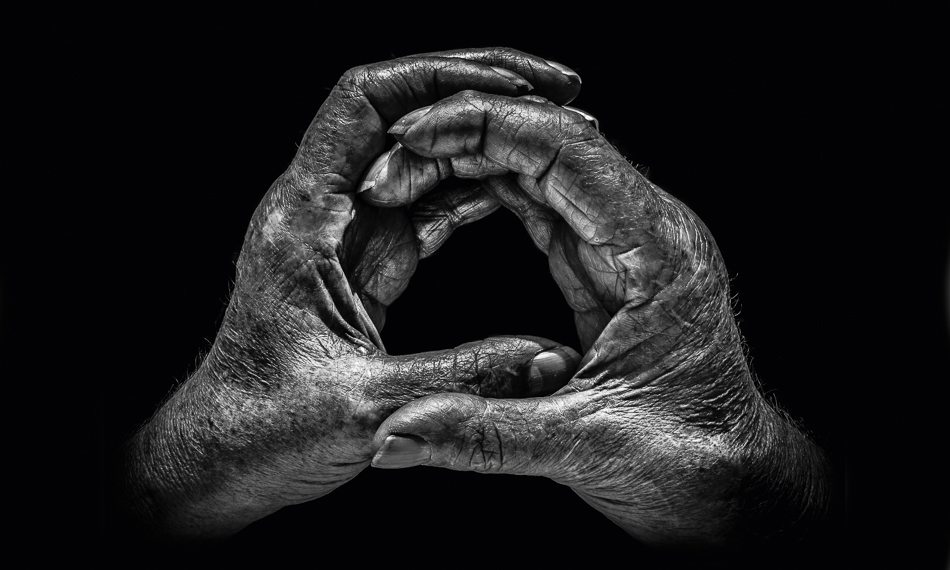 John went straight into the pits from school at the age of fifteen, following his father and grandfather before him. He began work assisting his father at the coalface of the Lewis Merthyr mine in South Wales and continued to work the coalface at several mines in South Wales for the following 42 years. He spent his life underground labouring in the dark wearing a flat cap, no goggles, no mask and often because of the heat no shirt, in the flying dust of the coal-face, bare-handed by the light of a lantern. Each day consisted of picking out and shovelling up a ‘Stent’ of coal, about 891 cubic feet. In his life underground he picked and shifted over 70,000 tons of coal – about the weight of the QE2 fully loaded with fuel, passengers and crew.

He has broken his fingers countless times, as well as his wrists, ankles and his leg. His body is a patchwork of dark blue scars from flying pieces of coal “You could never really wash the coal dust out of the cuts.”.One blue scar on his hand dates back to the 1950s. In his youth the average death toll was a man a week in his pit and more than one or two men died at his side. Some seams were very thin indeed, it was not rare to be working in a seam just 2ft 9inches high. Not much space to swing a pick, use a shovel and move around in.