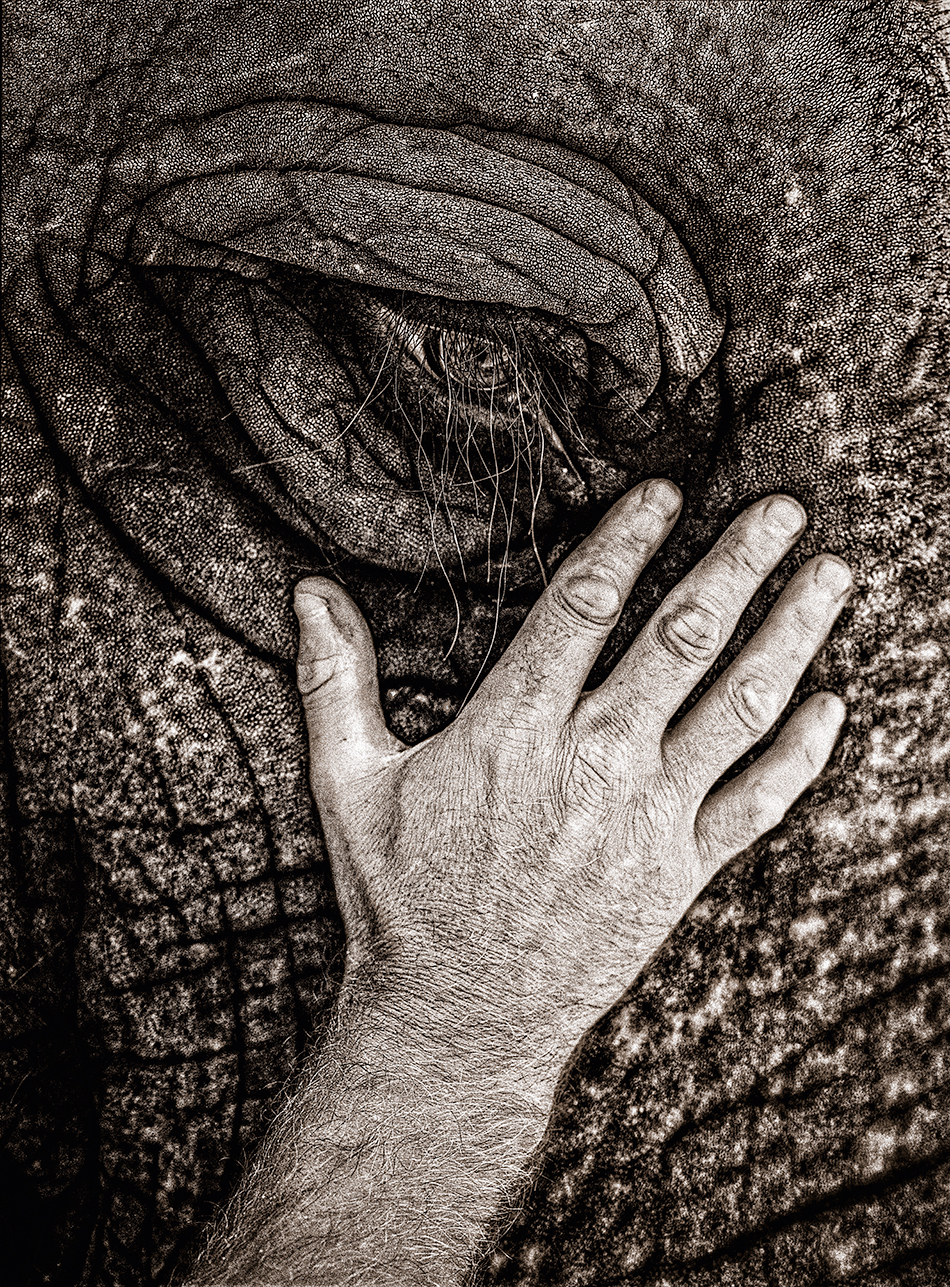 Brian Harman with Elsie at London Zoo. Brian was a zoo keeper for 48 years, 21 of which he has spent with elephants. In that time he has handles well over 50 elephants from all over S.E.Asia. Elsie is a special case for him as he raised her himself. The elephants consider Brian to be the head of the heard – he speaks to them in Singalese, and they come when he calls them by name. He says he’s constantly amazed by their intelligence, and they often read his mind – doing things before he tells them. Normally this could be explained by routine, but their day is always varied, so that mundane routine is not established. Brain says, “When they see two people talking, and decide that they don’t like one of the people, they will try to split them up.”