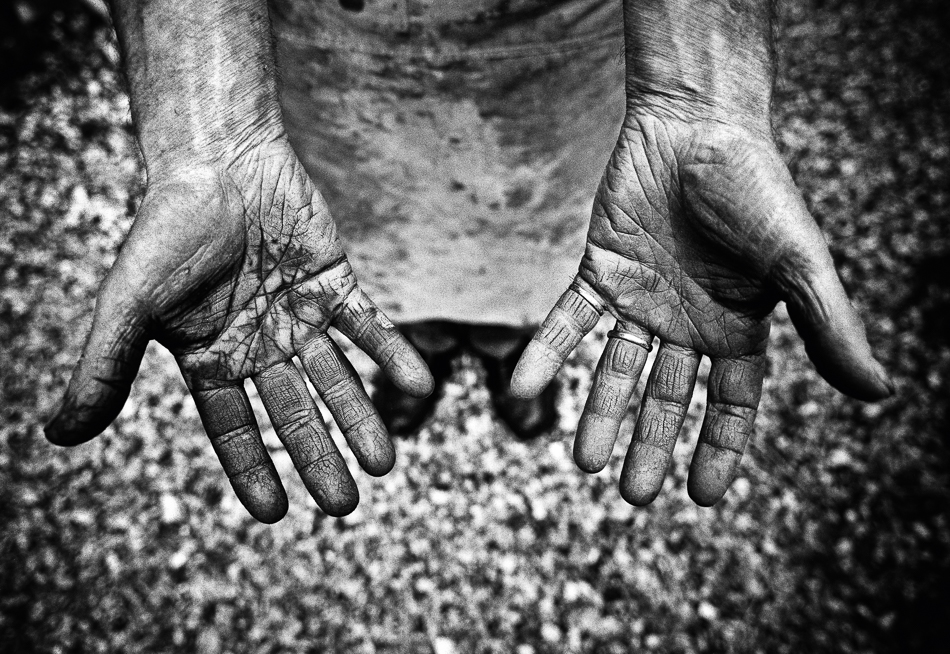 Alan Caiger-Smith outside his pottery in Aldermaston. Alain has been the working proprietor of the pottery since 1955. By trial and error he revived and perfected two virtually lost techniques: the use of tin glaze and painted pigments on red earthenware clay, and the firing of lustres on to tin glazes. In that time he produced over half a million pots using over five hundred tons of clay. His work is on display in the Victoria and Albert Museum and in many other collections both in the UK and abroad. Alain says that though his hands look battered and clumsy, they are still very sensitive to touch and texture, they are not just working hands. “A good pot isn’t just an object. It’s also and idea, and a feeling. The hands have to express something that comes from the whole of you.”